The starting town for my Doom Lords of the Atomic Undercity campaign.

Coronado straddles a 100-lane Megahighway-of-Tomorrow that leads to the Deathlands of Alb, beneath which lies the Atomic Undercity of the Doom Lords. The city is ruled by a mysterious being known as the Overmind, who seems universally loved by the populace despite having never been seen. Unlike most other settlements out in the wastes, Coronado welcomes humans, mutants, and robots within its walls, though it does relegate them to slums within the city’s hierarchy. However, under the Overmind’s guidance, Coronado has become the major trading post for technology scavenged from the nearby deathlands and the Atomic Undercity. As a result, factions from the Deathlands of Alb and beyond operate here, no doubt scheming nefariously. 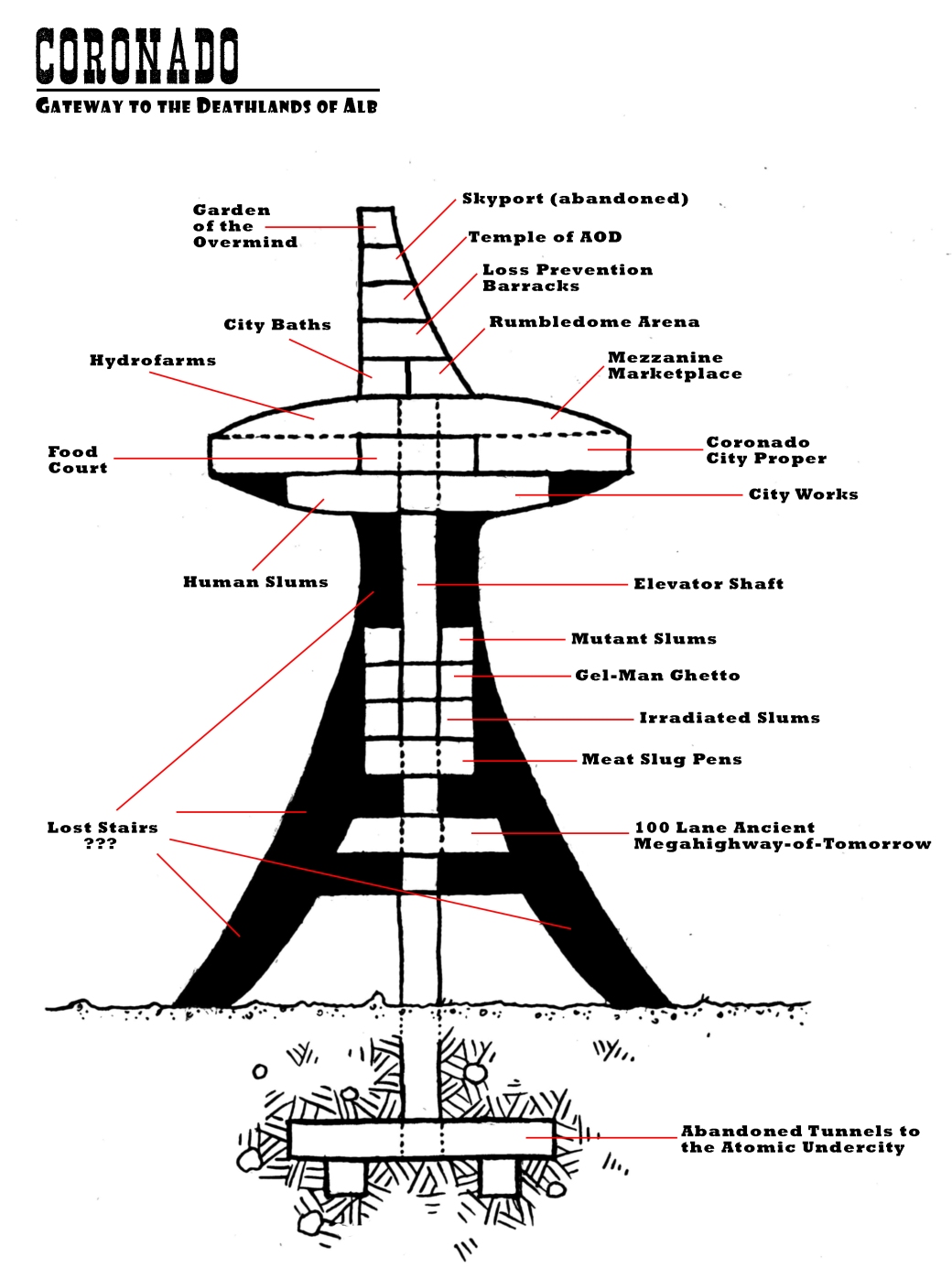